is the best way

to get yelled at... the least!


One of the biggest no-no’s while in the service was to lose your I.D. card. Man, do they get pissed off when that happens.


And I guess I can understand why.


What if some lunatic found a lost I.D. card?


With a little ingenuity and some balls, they might just gain access onto one of the ships,
and cause some real damage.


To this day, I still don’t remember losing mine. But, I did! And it was a real pain in the ass
to deal with too.


With all the getting yelled at, temporary I.D. cards, and explanations, it was a nightmare! Bureaucrats… ya gotta lov’em for the assholes that they are. They live for the paperwork!
They simply wallow in it.


Anyway, after I told my immediate chief, my mishap soon reached the head honcho, our division Lieutenant. So it was no surprise when word was sent down that he wanted to see me!


Yeah, you could say that “LT” and myself
were just like this.
(Index 'n middle finger crossed)


He was a really cool guy. He wasn’t your average, stuck up, tight-assed officer. He was definitely a one of the guys, kind of officer. Always treated you as a grown up even when we acted like little fuckin' kids... LoL
So he was very cool!


“Mondello, get your ass in here!”


I could sense right off the bat that he was a little irritated and wasn’t quite
one of the guys today.


This was confirmed by his delicate approach towards me.


“So what the fuck’s your story, son?
Where’s your goddamn I.D. card?”


Well, after hearing this tone, I knew I was in for a ride. So I held on tight and tried to explain.


He quickly cut me off and shut me down.


“Don’t gimmie any bullshit son!
I can see it in your eyes.
You know, and I know,
that you fucked up!

And, when you fuck up,
I hav'ta do paperwork!
And that just pisses me the fuck off!

Then, I hav'ta explain to MY boss,
why one of MY well-trained men
can’t even hold onto a goddamn I.D. card!

Ya know how that makes me feel Mondello?”


I quickly calculated in my brain that this wouldn’t be a good time for any funny business. And my calculations were right! As he roared back,
even before I could answer.

Get'chor shit together son!
And I don’t wanna see your ass
in my fuckin' office for this bullshit again!
You got that?”


I really didn’t wanna answer. I just wanted to run out of that office as fast as I could while I still had an ass left, and before he really fucked with me. Because he really could've ya know, big time too. But I had to reply this time, right? Right!?


So, while snapping to attention, I shouted out, in my best gung-ho Gomer Pyle military voice……

That I.D. card’s gonna stick ta me
like fuckin’ glue!”


Trying desperately to hold in my laughter,
of course.


He just looked at me,
and without hesitation said……


“Oh man, are you outta your fuckin’ mind?
Get the hell outta here Mondello!
And stay the fuck outta trouble,
would you please!
Maybe do some work for a change!”


I heard some other mumbling coming from him, but I couldn’t make it out as I was already running from his sight.


Yet another ass chewing survived!


Well, a day or two went by, when I got word that LT wanted to see me… again. Oh boy, yet another time at bat in the big leagues.


Maybe this time I could manage to score a run or two! It all came down to the kind of mood
he was gonna be in today!


“Get in here Mondello!
You are one lucky son-of-a-bitch sailor!”


And as he bestowed upon me that wondrous honor of lucky son-of-a-bitch, he reached into his shirt pocket, and pulled out an I.D. card. He then tossed it onto his desk, and it landed face up.


There it was!
My lost I.D. card, staring right at me.


Someone found it,
and then traced it to my division.


“Now let’s see if you can hold onto it this time! Go ahead, get hell outta here!”


Uuummm, he seemed to be in a pretty good mood this time. Let’s find out!

I can’t believe someone turned it in!

Well sir, with any luck, you won’t be seein’
my ass again anytime soon!”


And, before he had a chance to respond,
I snatched my card from the desk,
and bolted out the door.


No runs were scored, but I didn’t get my ass chewed out either. It was a push.
Score remains


But could I just leave well enough alone already. I mean, I got my card back, everyone was happy, just leave it alone dude. Leave it be!


I had to prove to the lieutenant that I wasn’t fuckin’ around when I said I wouldn’t lose my I.D. Again. So listen to this disaster. On man,
I'm such a full bagg'a douche!


I came up with this great plan.
Asinine really!


I found the biggest chain that I could find. It was heavy man! The links were almost the size of my fuckin’ fist. This baby was about ten feet long.


So, what I did was, tie the two ends of the chain together with some twine or thin wire, can't remember. Then, I clipped my I.D. badge
to one of the fist-like links.


Next, I lifted the chain up over my head and put it around my neck, like you would do with any other necklace or gold chain.


Only this necklace was so heavy, that I couldn’t even stand up fully erect. Part of the chain was actually dragging along the floor. And that’s where I clipped on the I.D. badge.
Oh, man, this was so great.


I then began my long journey up to the heavens, past the burning bush, and through the ocean of doubt, to the top of the mountain... LT's office.


You should’ve seen me.
It was so funny!


When I finally made it to his office I pounded on the door as if I were the Ghost of Christmas past about to enter Scrooge's’ bedroom. 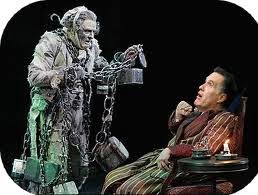 I then walked in.


He looked up from his desk……


There were several other officers in his room at the time that I was unaware of. And you should’ve seen the looks on their faces! It was beautiful, dude. Fucking priceless I tell you!


I could see that the LT was semi-amused and not pissed off at all. And that was confirmed
as he said...


“Oh, man Mondello.
You are just too much!
What the hell is wrong with you son?”


I dared to answer.


“Nuthin’ sir!
Just following orders!
You said that I better not lose my I.D. again.
So, I just wanted to prove to you
that I meant business!
What’ta think?”


He then turned to the other officers
in the room, and said...


“Can you believe the shit I gotta put up with! Do you guys get this kinda thing in your divisions?”


Their confused stare never left my direction, as they both just shook their heads from side to side, in unison, and replied with a slow…


Then LT jumped in, and said……


“Mondello, you are one of a kind!
Now, get that rusted, greasy thing the fuck outta my office please! And how the hell did you get into my division anyway?”


With glowing confidence I replied,


And, out the door I lumbered. The Mondello charm was running on all cylinders!


On the board at last!


And the game continues.